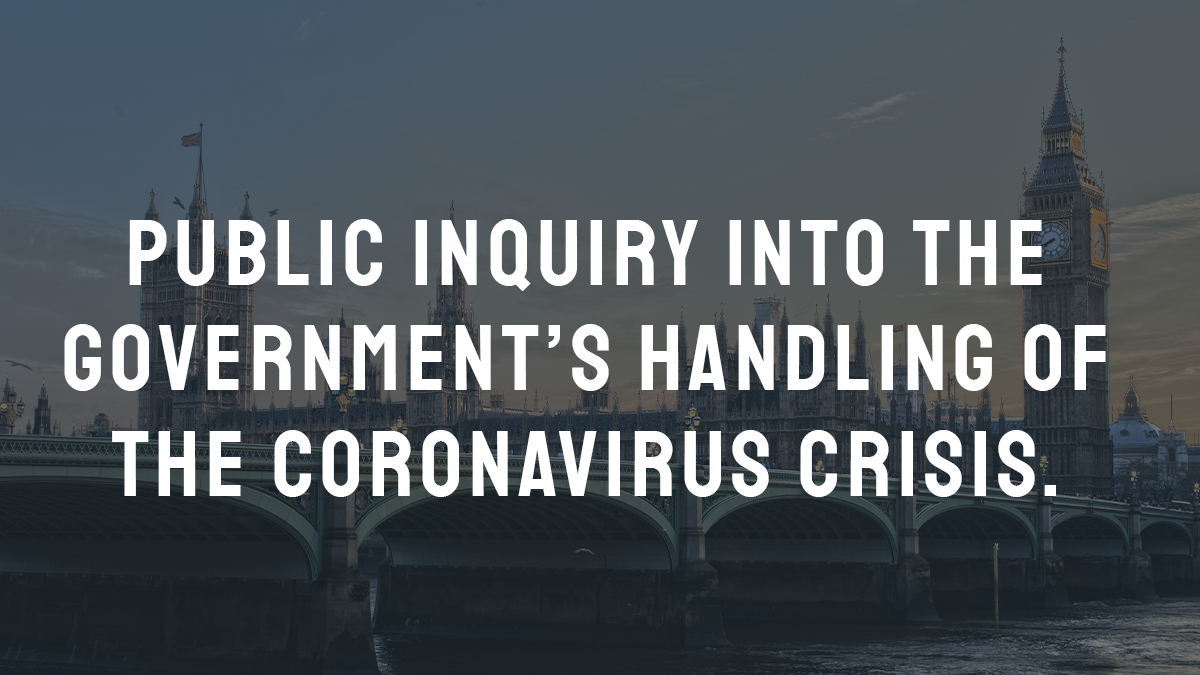 Responding to the new figures including deaths in all settings being released, Acting Leader Ed Davey said:

"As we finally see the Government's revised figures of how many people have tragically lost their lives to coronavirus, the sheer scale of this human disaster is becoming clearer.

Tens of thousands of people right across the country will be mourning the loss of a loved one, and not only do they deserve answers, but the Government must ensure lessons are learnt."

"The government's failure to make adequate preparations adds to the mounting evidence demonstrating the need for an inquiry into the handling of Covid-19." - @EdwardJDavey

The government must commit now to holding a future inquiry to restore confidence.https://t.co/D4z7elC5a4

The case for an independent public inquiry once this crisis is over could not be stronger.

The British public deserve to know the truth, including precisely how many people have died.

Whether it is the scandalous lack of protective equipment for our frontline workers, the current failure to properly test, trace and isolate, or the true number of deaths, the Government must not only be held to account, but step up and solve these crises as quickly as possible. 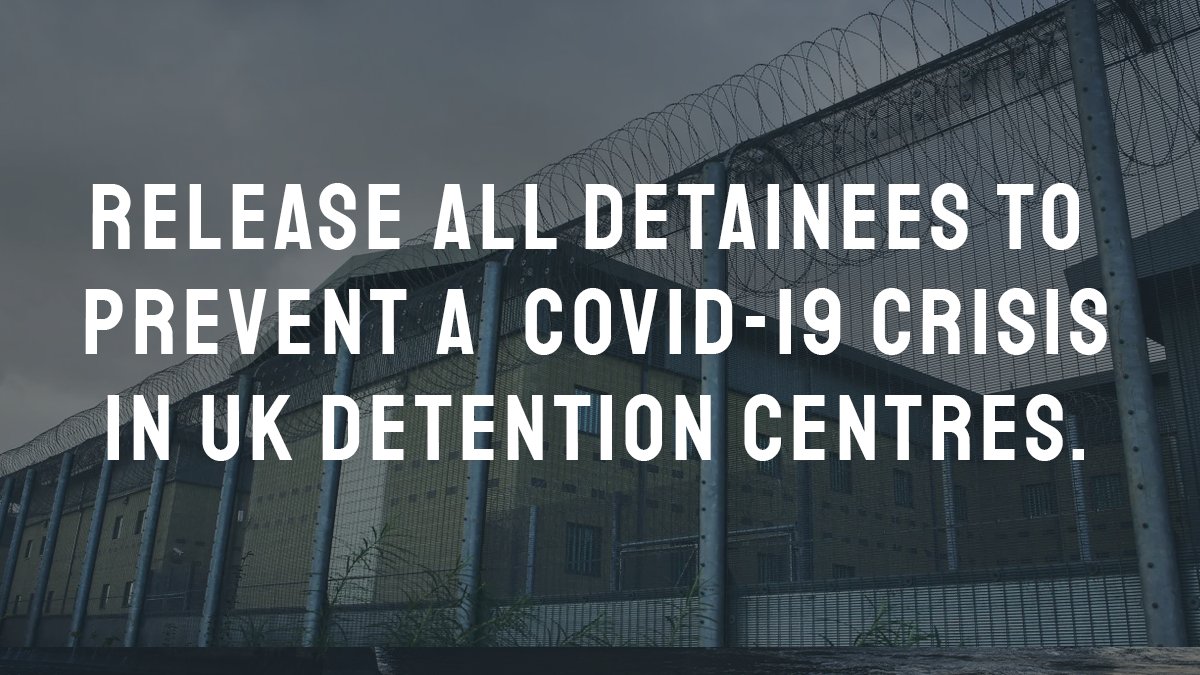 Following the Government's response to the Annual inspection of 'Adults at Risk in Immigration Detention' (2018-19), which the Independent Chief Inspector of Borders and Immigration described as "disappointing", our Home Affairs Spokesperson Christine Jardine said:

"Locking people up for months on end - without giving them any idea how long they'll be detained - is clearly inhumane. It's also expensive and unnecessary.

The Conservative Government's refusal to act with urgency on vulnerable people in immigration detention is unacceptable.

It is shameful that Ministers took nine months to publish and respond to the independent inspector's report, and that they refused to accept even its relatively timid recommendations."

The prison estate is now a perfect crucible for the disease. This has put prisoners and prison staff in danger.

The government has failed in its duty of care, sleep walking into a crisis which it must avoid.https://t.co/SoLn2htVRM

During the coronavirus pandemic, the Home Office's inaction is even more dangerous.

Given the risks of outbreaks within detention centres and zero chance of anyone being deported at the moment, the Home Secretary must release all detainees to prevent a COVID-19 crisis in UK detention centres.

We will continue fighting for an end to indefinite detention and for detention itself to be an absolute last resort.

This will save taxpayers millions and ensure people are treated with more dignity.

Home Office must give frontline workers certainty over right to stay 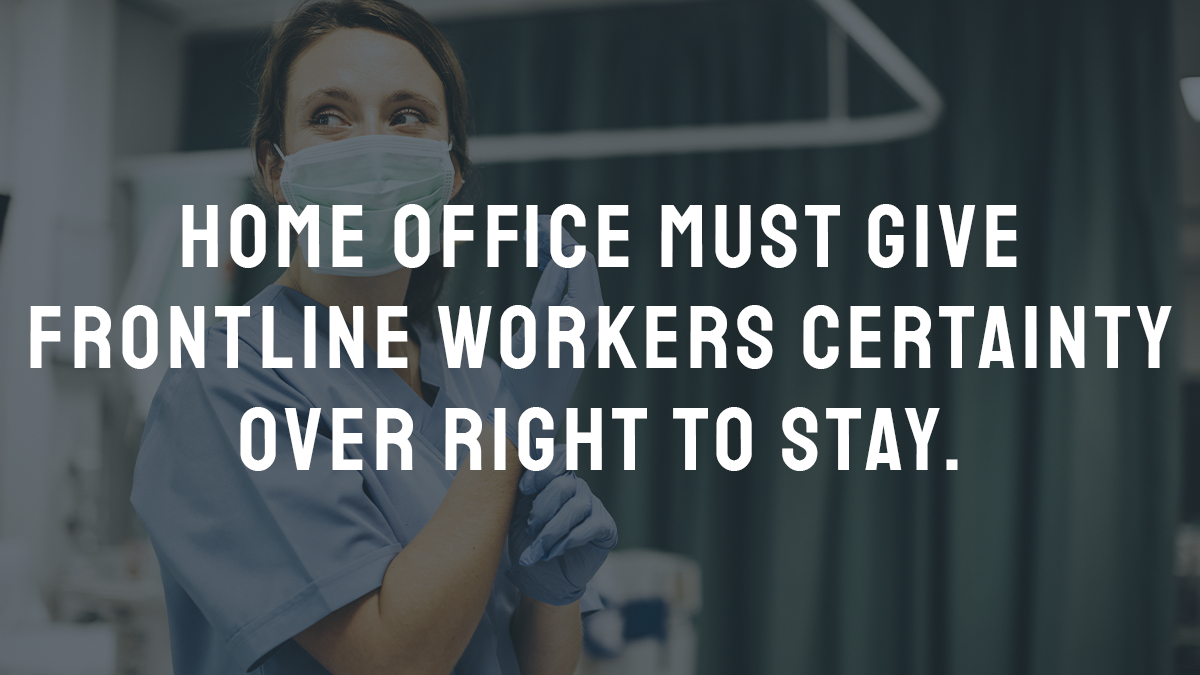 Following the Home Office's announcement of one-year visa extensions for certain health and care staff, we called on the Government to automatically extend all visas beyond the end of May and to give all NHS and social care workers indefinite leave to remain.

We have secured cross-party support from Labour, Conservative, SNP, Green and Alliance MPs for our campaign to grant indefinite leave to remain to foreign nationals working in the NHS during the coronavirus crisis.

We also called last week for care workers and allied health professionals to be granted visa extensions in line with the changes for NHS workers, a change the Home Office has announced yesterday.

This announcement is welcome, but a one-year extension isn't enough, especially given the lack of clarity about who exactly it applies to.

And thousands on the frontline aren't covered by this announcement & face their visas expiring in just a few weeks. https://t.co/SolCDuH8Hg

In response to the announcement, our Home Affairs Spokesperson Christine Jardine said:

"The Home Office must extend everyone's visas until this crisis is over.

Forcing people to leave the country in June would be impractical and inhumane.

And all health and social care workers on the frontline of this crisis must be given indefinite leave to remain. It should be unthinkable that any of them would be forced to leave the country after their service to it."

The Government must not undermine compensation scheme with loopholes 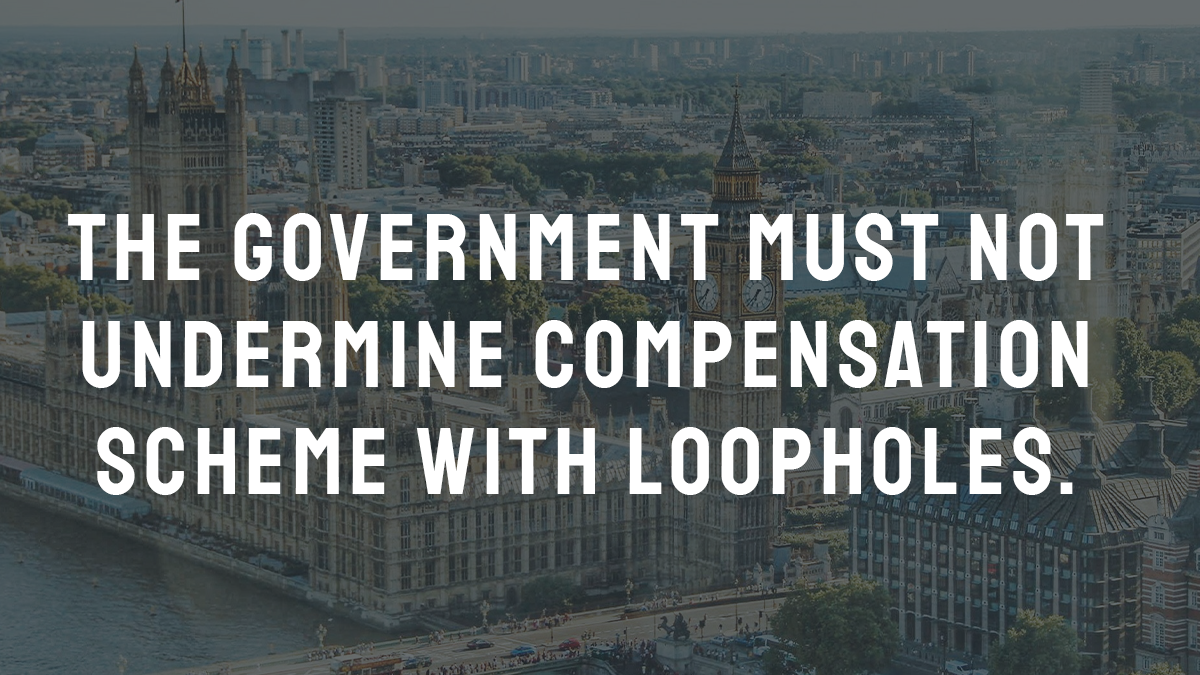 It has been reportedthat families of NHS managers and administrative staff will not be eligible to claim the £60,000 in compensation, which was announced by Matt Hancock earlier this week.

Layla Moran, who led the campaign for bereaved families to receive compensation, said:

"With so many NHS staff being deployed to work on the frontline in fighting coronavirus, the Government must assure all NHS managers and administrative staff who are on the frontline that they will be included in this scheme."

When this scheme was envisaged, I and the over 70 other MPs called for it to include all key workers, guaranteed income payments and funeral costs. I hope the Government will continue to review the scheme and include other valuable essential workers too https://t.co/Nt80MMAVyt

Our NHS staff are putting their lives on the line every single day and our campaign to ensure their loved ones are supported if the worst should happen was to recognise the risks they are taking to help protect us all.

The Government must ensure that all frontline staff are eligible for the compensation scheme for bereaved families, but it must also match what is given to our armed forces.

It is what our frontline heroes deserve.